Above all, we desire to encourage faith and growth in Jesus Christ by seeking to glorify God the Father in all things including baseball.  Eagles Baseball is comprised of a high school and a middle school team.  Tryouts are open to all (maximum age is 19), who are home-educated students or students enrolled in a school that does not have a baseball program.  This is a growing competitive baseball program that plays against local public and private schools as well as homeschool baseball teams throughout Georgia and South Carolina. 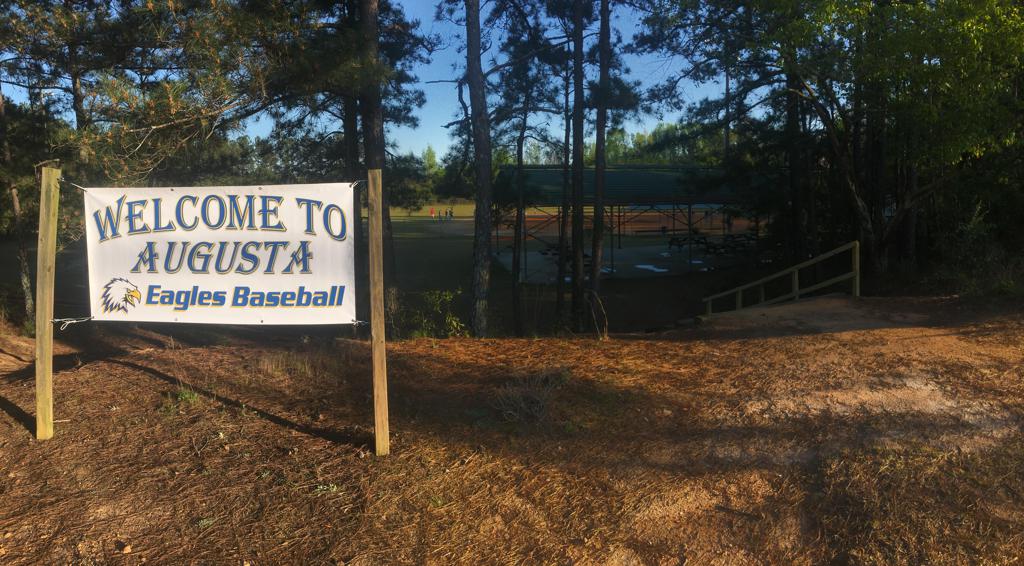 Baseball is a team sport that requires intense individual commitment to learn and improve in order to be successful. One player not playing to his potential during the game can mean the difference between a win or a loss no matter how hard the other eight players are playing. In order to win, it is the responsibility of every player on the team to:

Everyone on the team needs to dedicate himself to these things. If you do, winning will follow.  The desire to win goes without saying. We will always play to win the game. Remember however, improvement and sportsmanship are just as important as winning the game. Go Eagles!

In the first inning, the Eagles got their offense started when Caleb Johnson grounded out, scoring one run.

The Eagles put up five runs in the second inning. The offensive onslaught by the Augusta Eagles was led by Will Brantley and Johnson, who all drove in runs.

Johnson earned the victory on the pitcher's mound for the Eagles.  He lasted five innings, allowing three hits and one run while striking out 11. Braden Holliday threw two innings in relief out of the bullpen.

The Eagles got things moving in the second inning.

In the top of the sixth inning, the Eagles tied things up at three when Henry O’Keefe drew a walk, scoring one run.

Ty got the start for Coastal Hurricanes. He allowed six hits and four runs over six and two-thirds innings, striking out seven and walking one.

Isaac Williams started the game for the Eagles. He lasted four innings, allowing two hits and three runs while striking out four. Eli Johnson threw two and two-thirds innings out of the bullpen.

Williams went 2-for-4 at the plate to lead the Augusta Eagles in hits.

The Eagles collected five hits and the Lions had 11 in the high-scoring affair.

The Augusta Eagles got things started in the first inning when Markice Hamilton drew a walk, scoring one run.

Augusta Christian evened things up at five in the bottom of the fifth inning when an error scored one run for the Lions.

Isaac Williams was on the mound for the Eagles. He went five innings, allowing five runs on eight hits, striking out three and walking zero. Graham Howe threw two-thirds of an inning in relief.

The Eagles had five hits in the game. Williams and Will Brantley  managed multiple hits for the Augusta Eagles.  Williams led the Eagles with three hits in four at bats.

Augusta Christian Lions tallied 11 hits on the day.  Drake, Reynerson, Miles, and Williamson  each collected multiple hits for the Lions. Drake went 3-for-3 at the plate to lead Augusta Christian in hits.